The wintery coast of Wales can have a very calming affect on the weary traveller. Wind-battered headlands, rocky cliffs, pebble-strewn beaches and soggy green fields along the Gower Peninsula are the stuff of paintings and poems; dramatically beautiful, mysterious and thought-provoking.

Our recent four-day trip to Wales was exactly what Dave and I needed after a couple of weeks in London and a many more weeks on the road. With its smaller cities, moody landscapes and plentiful pubs, Wales offered the perfect retreat to reflect on our adventures, spend some with a book and get a good dose of salty air.

Only one hour by bus from the quirky city of Bristol, the small Welsh capital has glass towers, buzzing malls and a busy central station, just like many other cities, yet it feels like a big town. While a little rough around the edges, I appreciated the honesty and sense of community in Cardiff; it had an unpretentious CDB and was full of friendly locals.

With only one night and a morning to explore Cardiff, we chose to keep it simple and just wander the central district and Cardiff Bay. 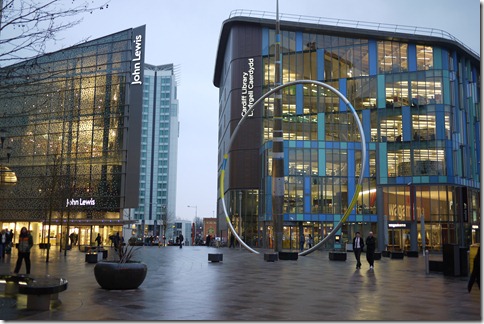 Central Cardiff can be easily explored on foot in 1-2 hours by ducking between the little arcades that sprout off St Mary Street. There are plenty of pubs to choose from if you’re after a hot meal, a pint or refuge from the cold. Also, the grey, imposing castle, looms on the edge of the commercial strip beckoning tourists. Unfortunately, we didn’t go in due to lack of time. 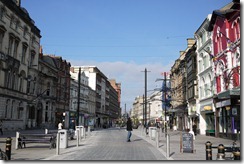 Cardiff Bay is only a 20 minute / 1 mile walk down Bute Street from town, or a 5 minute bus ride on the Baycar (bus no. 2 from the station). We walked past rows of concrete apartments to find a wintery, deserted bay with plenty of chain eateries on the waterfront…all sitting empty, waiting for a summer crowd.

Other highlights of Cardiff were…

An easy one hour train journey took us from Cardiff to Swansea, the second biggest city in Wales and the gateway to the famous Gower Peninsula. Known as an industrial port and university city, Swansea is a good place to pick up supplies before transferring by local bus to the more picturesque coastal town of Mumbles.

We only passed through Swansea, but our brief encounters revealed a thriving, slightly clunky, city that seemed much more vibrant than its capital neighbour.

The quaint seaside village of Mumbles, on the edge of the Gower Peninsula, is the perfect place to slow down and enjoy the natural beauty of the south-west Welsh coast.

Dotted with guest-houses and B&Bs, Mumbles a bit of a luxury destination that suits weekend getaways. It offers beach and headland walks; cafes, pubs and restaurants; and a pretty cool castle with lovely green lawns.

The village centre consists of two main streets: one along the waterfront and one heading up the hill. I was surprised to find everything from eateries to fish mongers, second-hand stores to boutiques. After only ten minutes in the town, it became apparent that there were very few people (besides ourselves) under the age of 30; almost every person was accompanied by a canine; and saying hello to strangers is a common courtesy (a welcomed surprise after travelling in cities).

There are a couple of bays and headlands around Mumbles that can be walked all at once over 2-3 hours, or explored in separate little trips. We ate our sandwiches on the rocks with seagulls circling overhead, watched crazy surfers brave the icy waters and saw foxes flit along along the rocky shore.

“Rhossili is really the gem in our crown”, said the helpful lady at the Mumbles Tourist Information Centre. So, with that advice, we decided to brave the grey horizon and severe weather warnings to see Rhossili’s sheep-dotted cliffs that look over the Bristol Channel.

We had been assured by locals that the drive between Rhossili and Swansea was half the adventure of seeing the Gower Peninsula. As always, the locals were right. Although a thick fog and misted windows obscured most views during the one-hour local bus ride, we still found plenty of excitement with tractors, herds of cattle, gushing causeways and elderly women all bringing the bus to an abrupt mid-road halt along the way.

By the time the bus arrived in Rhossili, we were the only passengers left. Before leaving us huddling in the cold, the driver kindly pointed into the distance and said, “Cliffs that way, beach that way”.  So, within minutes we were taking a brisk walk along the cliff tops, opening gates, splashing in puddles, talking to sheep and trying to rub away the brain freeze caused by the vicious winds… but oh, the views were worth it! 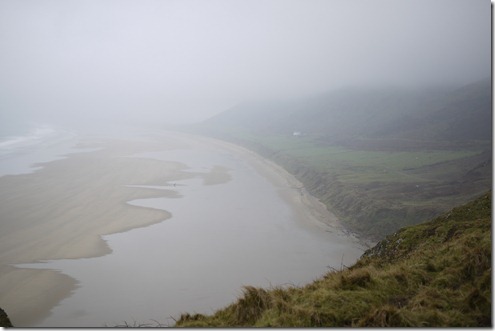 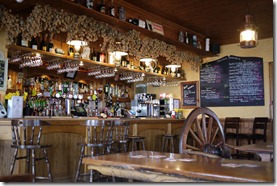 After 30 minutes on the cliffs we’d begun to loose feeling in our noses, so we retreated into the pub (as it was opening) and spent the next couple of hours enjoying Rhossili’s panoramic views with warmth and a pint.

Living my best, colourful, salty-skinned, barefoot life today! 📷 @dave_clarkey
Holidaying with all my mates.
The really special adventures always have unexpected beauty, natural wonder, moments of quiet and heartwarming people - thanks for sharing it all @ninawei_ @kamo_13 @dave_clarkey
Starting the year with wild adventures.
2019 was my self-designated ‘year of the Gypsy’. I challenged myself to travel wild corners of the world, to dance and sing at every chance, to let go, to complete a solo 300km walk, and to search for calm and courage every day. // I’m feeling grateful for so much joy, adventure and love, especially when so many others have not been so fortunate. I hope 2020 is brighter for everyone!
Smokey summer sunsets here in Brisbane.
Remembering Spanish afternoons #caminoportugues
What a weekend of heart-warming community spirit. Thanks for being you #4101
Local Sunday full of bright colour.
All about those brilliant moments of simple beauty.
%d bloggers like this: