I watched the sun rise over Prague this morning as I made my way by taxi to the central train station. The gold orb ascended into purple sky over mist shrouded gothic spires that  reflected in the Vltava River. It was one of those unexpected and unconditionally perfect moments that travellers hope for.

The rest of the day was only slightly less majestic.

My train departed at 6.39am from an all-but deserted station. Dropped off at the opposite side of the station to the main entrance, I was immediately disorientated (which is not that hard to do). My footsteps echoed in the long station halls as I tried to match the strange words and number combinations on my ticket to the platform information. After a few moments of increasing anxiety (did the ticket vendor understand me? Am I in the right part of this enormous station? Why are there no people here?), I realised services do not appear on the board until about 15 minutes before departure. Once my train did appear, I realised the board destination did not match my ticket, but as there were no other services close to resembling mine, I boarded the train and hoped for the best.

Soon after a friendly train attendant confirmed I was en route to Vienna, where I could  – after three more connections – get to Zagreb. Not previously aware of the need for multiple connections, I was a little surprised by this and quickly started quizzing for details. From Prague to Zagreb I needed to: 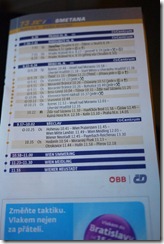 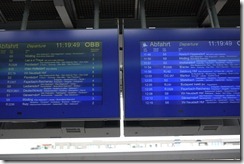 All in all, today has involved one taxi, three international trains, one mad dash between platforms, four countries (Czech Republic, Austria, Slovenia and Croatia) and 12 hours and 17 minutes of train travel.

In amongst all of that, there were quite a few highlights: 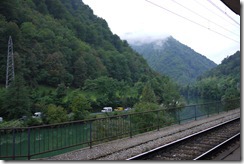 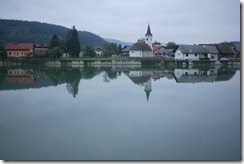 I arrived to positive first impressions of Zagreb. Its seems a vibrant, social, welcoming city that I will be a little sad to leave in the morning. Once in Dubrovnik though, I think I will avoid trains for a while and find some lovely, island-bound boats to cruise on. 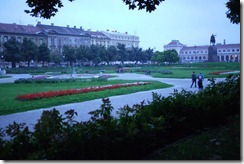 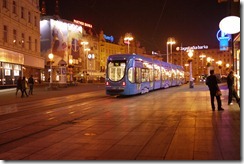